I always knew that I didn’t want a traditional wedding and that I wanted to keep it small and intimate. I didn’t want there to be a lot of stress in planning what was supposed to be one of the best days of our lives. We love our families and friends dearly, but we felt that in the end our wedding shouldn’t be about pleasing them, but rather making a day that was special to us and exactly how we wanted it to be.

We knew we wanted a destination wedding, something small with just our close family and friends who could make the trip. We first thought about getting married on the beach in Sanibel Island, FL where we got engaged that summer, and then taking our honeymoon in Italy, a place that we both had dreamed of going for a long time.

After all, Sanibel is one of those special places that I could go every summer and never get tired of it. I feel that time slows down a little when you’re there, and your only worry is figuring out where you should go to dinner that night.

Dinner at The Mucky Duck

However, one day I said to Justin: “Since we want to go there anyway for our honeymoon, how hard do you think it would be to also get married in Italy?” Justin’s reply was “I dunno, probably not that hard.”  We soon came to find out that Justin was correct regarding some aspects, but very wrong regarding others.

Finding our venue was probably the easiest part. We started googling around for possible places to get married in Italy, and one day this caught Justin’s eye:

Yes, it was the infinity pool at the Hotel Caruso in Ravello, Italy that had Justin sold early on. What sold me were some of the other pictures…

…and the fact that the hotel held weddings often and had a built-in event coordinator. The event coordinator at the hotel set us up with Anna, a wedding planner who would help us with all the legal documents required to get married there, and also helped us find the outside vendors we would need, such as a florist and musicians (most of the other wedding services were taken care of by the hotel).

All I can say is, thank goodness that swimming pool peaked Justin’s interest. This place was like a dream–sometimes I have to look at the pictures to even believe that it really happened:)

(more on the hotel in a future wedding recap post!)

Believe it or not, the most challenging (not to mention pricey) thing about planning our wedding overseas was making sure that our marriage would be legally recognized when we got back to the States.

First we had to file a declaration of intent to marry (a process similar to that of applying for a marriage license in the U.S.) before a Civil Registrar at the  Italian Consulate General in Chicago and receive an “Atto Notorio” to bring with  us to Italy. In order to do that, we had to collect quite the laundry list of required documentation and have it translated into Italian, find two acquaintances who lived in Chicago to be our witnesses (no relatives), and then make the trip to Chicago.

The last steps of the process had to be done when we arrived in Italy, which I’ll admit made me a little nervous with so many unknowns. Luckily, we had Anna in Italy to help us make the necessary arrangements once we arrived there. We had to fly into Naples in order to go to the American Consulate there for a sworn statement. Then once we arrived in Ravello, we had to meet with a town hall official for another sworn declaration and finally, the signing of our marriage license.

Phew!! It was hard to briefly summarize all that in a way that didn’t immediately feel like you were reading a law textbook or something:)

Since we were getting married in such a beautiful place, it was very important for us to have a photographer who we thought could really capture that beauty, even if it meant spending a little bit more money.

Not only were we extremely happy with our wedding photos, but we ADORED Joanne. We met with her two days before our wedding for coffee in Ravello’s town square, and we liked her immediately. Originally from South Africa, she is one of those incredibly cultured people who is also so fun and infectious that you just enjoy being around them, which was a major plus for someone we would be spending the majority of our wedding day with. We love you, Joanne!

TripAdvisor played a big role in helping us decide where to stay on each leg of our trip. My mom also helped us research and she found a villa in Scala, Villa Eustachio (about 5 minutes drive from Ravello), with enough rooms for everyone to stay there.

We were nervous that we might run into some problems since we would be moving around so much, but we were very lucky and everything went off without a hitch!

Here’s where we stayed: 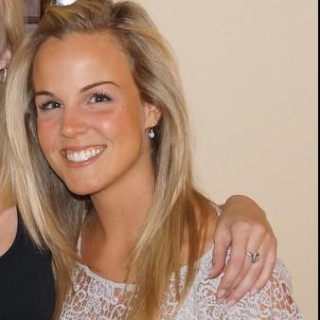 Hello, friends! My name is Kristen, the 29-year-old gal behind Vitamin K Girl. This blog follows my adventures in living a healthy lifestyle filled with fitness, delicious food, and fun times.